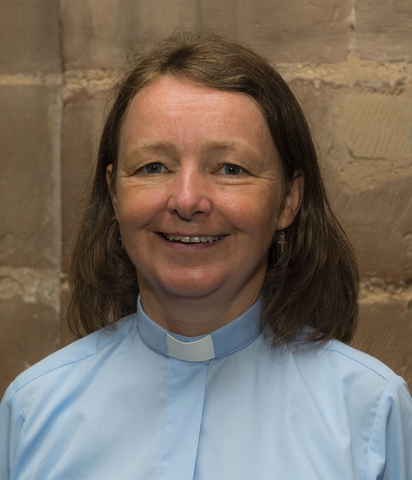 March News From The Clergy

David, Chad, Adrian, Non, Duthac, Kessog, Patrick and Cuthbert. What do all these have in common?

You may be able to come up with several answers, but the two I’m looking for are that they all have their feast days in March and they all have a Celtic connection.

For a short time, when I was living in Claines, we had a vicar who was married to a lovely Irish lady and during March she led us in a Celtic Service – a beautiful evening, made perfect by her serving home-made shortbread afterwards! Even without the shortbread, the evening made an impact on us as our attention was focused on those Celtic saints of whom, generally speaking, we know very little.

One of those saints, of course, is honoured within our team and St David’s church will be marking their Patronal Festival on March 6th. Our focus this month, though, is on another of the Celtic Saints – Patrick, patron saint of Ireland.

As with many figures of the distant past, what we “know” about St Patrick is a mixture of fact and legend. For example, the popular stories of him ridding Ireland of snakes and using the shamrock to explain the Trinity are almost certainly the stuff of legend rather than fact.

What is generally accepted as the truth is that Patrick was the son of a wealthy Christian deacon, living on the coast of Britain, though exactly where is disputed. At the age of about sixteen, Patrick was captured by Irish raiders and taken as a slave to Ireland where he remained for the next six years. Eventually, Patrick escaped and returned to Britain but was told in a dream that he was to return to Ireland as a missionary. He therefore studied for ordination (which took fifteen years!) and then was sent to Ireland with the dual mission of both ministering to Christians already there and to convert the Irish.

Familiar with the Irish language and culture, Patrick chose to incorporate these into his teaching on Christianity, rather than trying to erase them completely. For example, as the Irish were accustomed to using fire to honour their gods, he used bonfires to celebrate Easter. He also superimposed a sun - a powerful Irish symbol - onto the Christian Cross, creating what is now known as the Celtic Cross, and making veneration of that symbol more natural to the Irish people.

Two pieces of writing are accepted as being genuinely those of St Patrick; his Confession and a Letter to Coroticus. These works give us a picture of a man who humbly acknowledged that all he achieved was by the grace of Christ. He died on March 17th 461.

So much for the historical man, but what does his life story have to say to us today?

We can, of course, strive to follow his example of humility but there are plenty of other examples of this both historically and more contemporary. To see what we can take from the story of St Patrick, we look at the Collect for his day. There are three versions of this - for the English, the Irish and the Welsh! The English version reads:

Who in your providence chose your servant Patrick

to be the apostle of the Irish people;

keep alive in us the fire of the faith he kindled

and strengthen us in our pilgrimage

towards the light of everlasting life;

through Jesus Christ your Son our Lord;

who is alive and reigns with you,

in the unity of the Holy Spirit;

one God, now and for ever.

For me, the phrase that really stands out is: “Strengthen us in our pilgrimage towards the light of everlasting life” Accustomed to speaking of life as a journey, how often do we consider ourselves to be on “a pilgrimage”?

A pilgrimage is defined as “A journey, often into an unknown or foreign place, where a person goes in search of new or expanded meaning about their self, others, nature, or a higher good.”1 The Christian life pilgrimage is not to an unknown place – we know we are following our God and our destination is to be with him. The path leading us there, however, is unknown. It will have many unforeseen – and some difficult and unwelcome – twists and turns before we reach our journey’s end.

We need to daily pray for God’s strengthening presence with us to remain faithful to his call on our lives. Patrick bravely returned to the country of his slavery to promote the Christian faith. He knew that in doing so he was taking a great personal risk. In his famous “Breastplate” prayer, he sought the protection and presence of Christ to be ever with him.

We can do no better than to make this extract from that prayer our own.

I bind to myself to-day:

The Power of God to guide me,

The Wisdom of God to teach me,

The Eye of God to watch over me,

The Ear of God to hear me,

The Word of God to give me speech,

The Hand of God to protect me,

The Way of God to prevent me,

The Shield of God to shelter me,

The Host of God to defend me,

Against the snares of demons,

Against the temptations of vices,

Against the (lusts) of nature,

Against every man who meditates injury to me,

Whether far or near,

With few or with many.

June News From the Clergy

The Christian calendar of saints comes with a definite hierarchy. ... more