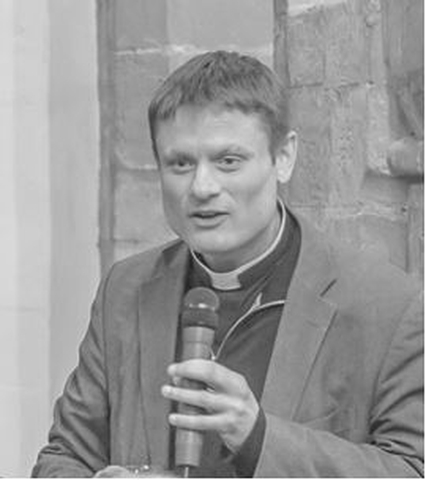 December News From The Clergy

A wealthy village in Chile, Christmas 1984, more than a decade into the Pinochet dictatorship. Parishioners arrive at midnight mass, greeted by peaceful protestors denouncing the disappearances, torture and killings that had become commonplace. The parishioners enter church, listen to the liturgy about peace and God’s love, and take their Christmas communion. Then they go home and call the police, who arrive to arrest the protestors for subversion. Ronaldo Muñoz, a Chilean priest, responds by writing a bitterly ironic anti-creed a few days later, concluding with a parody of the parishioners’ attitude.

Muñoz’s pointed words emphasised that for the parishioners, it was one thing to protest about state torture and violence in an obscure place on an ordinary night, however distasteful they may have found it, but utterly intolerable to do so outside church on Christmas Eve. After all, it detracted from the true meaning of Christmas.

That phrase, ‘the true meaning of Christmas’, is one that is heard frequently, not least in Church circles. The question of what we mean by that is especially poignant this year, when (as I write in mid-November) it is uncertain whether we will be able to celebrate Christmas in church or even with families. Usually, ‘the true meaning of Christmas’ means admiring the cosy, fictional stable scene created by a fusion of details lifted from Matthew, Luke and Isaiah.

But is the meaning of Christmas to be found simply in admiring that scene each year? It has become a homely scene, yet the reality was far less romantic: an utterly obscure (and probably frightened) woman in a remote and troublesome corner of the Roman Empire, experiencing all the usual difficulties and dangers of childbirth in that era. Her baby was not some angel with superpowers, nor some powerful deity in disguise, but a flesh-and-blood human boy, as fragile and vulnerable as any newborn infant.

Surely that is the true meaning of Christmas, that divine risk of the incarnation? A God who loves the world so much that he took the risk of coming to us in a form which allows us to reject him. Incarnation is a profound affirmation of humanity, an assertion by God that this world matters and that we matter.

And if we go back to Muñoz’s anti-creed, the point he was trying to make is that Christmas is not ‘far above such material things as economic oppression and torture of the body’; it is precisely such things that Christmas is about. If God loved this world so much that he came to it in the form of Jesus, that he took a path that led ultimately to a humiliating death on the cross, then he cares that parts of the frail humanity he assumed are persecuted, devalued, tortured and killed.

Christmas is not simply a commemoration of a past event, a chance for us to look at that serene picture and talk blandly of peace whilst blocking out its absence in the world around us. It is a continuing reality, which began with that past event but which constantly reminds us of the importance of our world, of the dignity of human beings and the struggle to uphold that dignity.

And in the midst of a world which seems especially dark and bleak this Christmas, with everything from the trauma of the pandemic through to contested elections and denial of reality itself in parts of the world’s last superpower, that is something to which we need to cling.

‘Comfort and Joy’ is the Church of England’s theme for this Christmas, and as Christians we derive those things from the hope and the promise found in a tiny, helpless child, the symbol of God’s limitless love for the world and an inextinguishable light amidst its oppressive darkness.

Week of Prayer for Christian ...

A zoom service for the Week of Prayer for Christian ... more