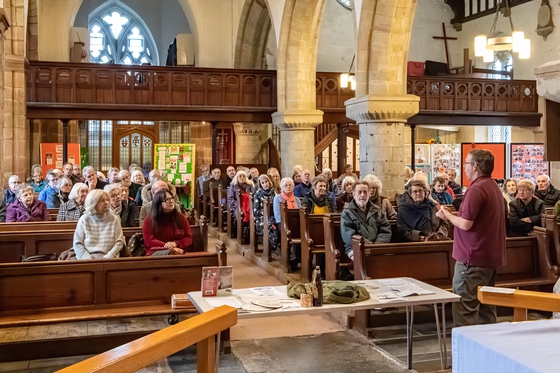 Following on from Paul’s talk on preparation for war on Remembrance Sunday he continued with a talk on the country’s preparation for invasion and over 90 people turned up to listen to him talk about how the Home Guard was formed and other preparations that the country made either before the war or very soon after the start of it.  He also told us bout rationing and the sort of allowances that people were given.  More details and images from the talk can be found here:

October News From the Clergy

The mercury was nudging 50 degrees centigrade, or would have ... more